Dr. Ewan Kirk on Jazz FM – “What you want to do is donate to create something self-sustaining.”

This month our co-founder, Dr Ewan Kirk, was interviewed on Jazz FM’s Jazz Shapers programme. A joint venture between the radio station and Mishcon de Reya, the programme features founders and business leaders who, like the shapers of jazz music, have succeeded in business by defying convention.

In this episode, Ewan discusses the ins and outs of his career: the trials of starting his own business in the 1980s; the anti-climax of reaching Partner-level at Goldman Sachs; and founding the Turner Kirk Trust with his wife Dr Patricia Turner in 2007.

Alongside his philanthropic work, Ewan speaks about his interest in fundamental mathematics research, one of the most underfunded research spaces in the UK. It is this interest in overlooked avenues of innovation that led to the Turner Kirk Trust’s mantra – ‘permission to fail’ – which encourages charitable partners to run projects that trial new ideas, even if they might not work.

Read a full transcript of the section of the programme where Ewan discusses the Turner Kirk Trust’s work below.

Elliot Moss (EM): You talked about paying it forward, and you mentioned how people reached out, and how people then will come and say, "here's what I'm thinking" and you'll be very honest with them about their ideas. The Turner Kirk Trust and all the good things you do, the extraordinary things you do, is that just – and take this in the way it's meant to be – if you didn't have a lot of money, how would you help people?

And what I mean by that is, it's a phenomenal privilege which you take seriously – you have been very successful and now you want to give back. And I can feel it when you talk about the time you give, that it is not about money, that it is just about you doing the right thing.

Ewan Kirk (EK): It's very hard to be systematic, to truly have a rules-based thing. But you can have certain rules that you think about a lot. One thing I think about in the philanthropic space is there are certain problems which are just government sized. Yeah, I've got some money, but I don't have as much money as the US government or UK government. Some things are a huge amount of money which philanthropy is just not appropriate to do.

There's that great phrase by the German comedian Henning Wehn who says: "In Germany we don't do philanthropy, we pay taxes". And that I kind of think is important because there are some things, like ensuring that our children get educated correctly, which are not a charitable thing, which are not a government thing, they are a societal-sized thing. And we're not the Bill Gates Foundation, we don't have that much money. So, there are some things like solving malaria which are completely outside our reach.

So, what you have to do is pick things which can be catalysed by smaller donations, things that are difficult to fund. One of the mantras that we have is 'Permission to Fail' – so a lot of charities are so desperate to show their donors that they've had impact: 'You gave us £100, £1000, or £1 million, and we did this with it', so they have to go and do one thing with it and make sure that it’s impact, rather than experimenting.

There's more than one way to solve a problem and sometimes people end up in this local minimum / local maximum of doing this, whereas they could just jump out of that and try other things.

So, with the Light a Village project that we did, originally, they didn’t know how to distribute these lights. They could get the lights to Kinshasa, but how do you distribute them? And we said, 'well just go and run five different experiments, we don't care if all of them fail, just go and find out.' And that gets you into a situation where you are doing something which, if you found the right way to solve the problem, it's much more sustainable. 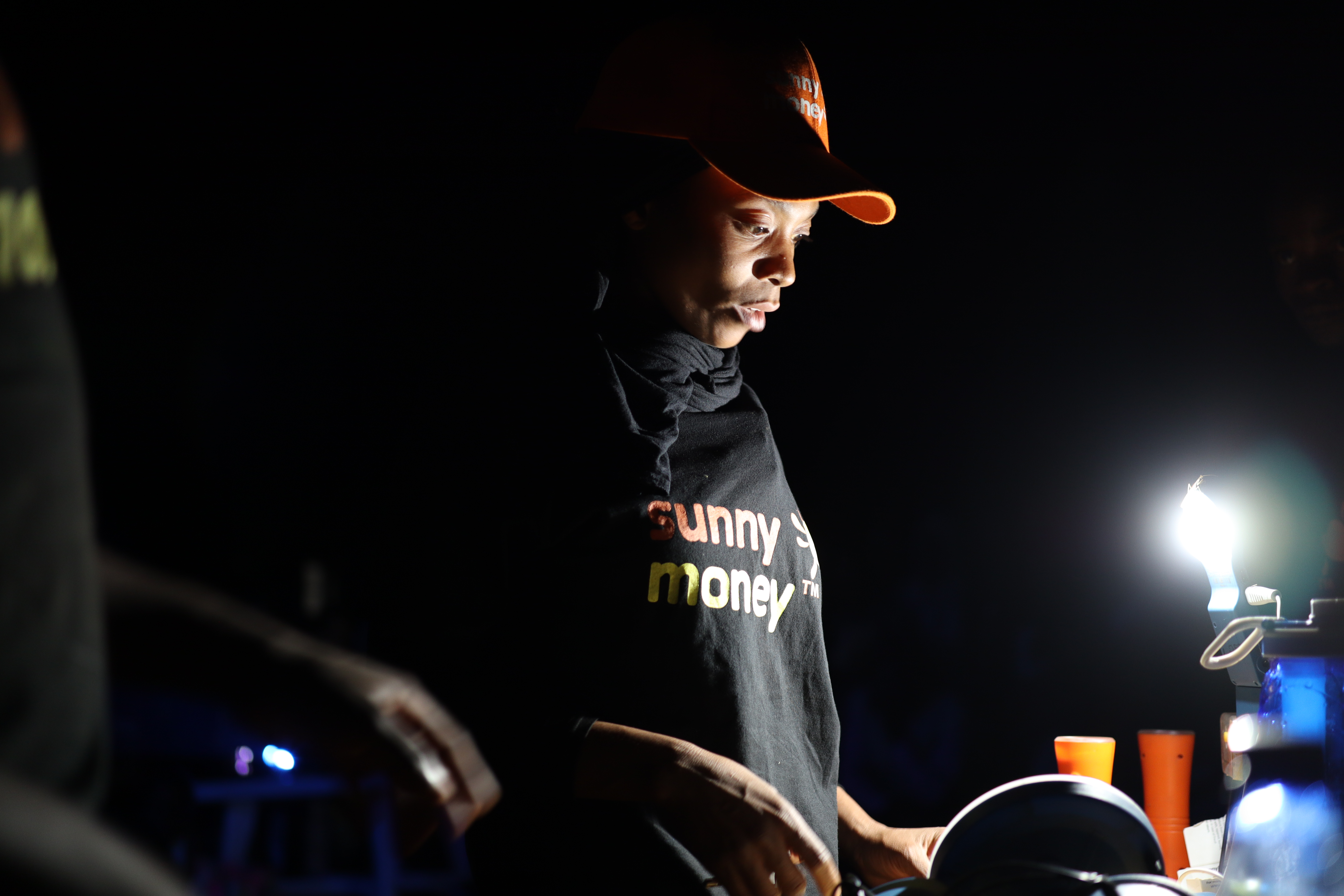 The problem with most philanthropy is you give a dollar and then the dollar gets spent and it’s gone. What you want to do is give that dollar to either create a self-sustaining thing where, for example, we once funded a micro-loan bank in Malawi, so that involved putting up a certain amount of money, but then that money gets recycled into loans, so you've sort of solved that problem. But we're well aware of the fact that there are some problems that are just way too large.

EM: The big question for me is, you sound incredibly level-headed when you speak about these quite big things that you're doing, whether it's thinking about how you give money, thinking about giving time, the serious job of being a non-Executive over here, being a Founder over there. Where does that level-headedness and that natural predisposition come from, that's the thing that I'm really going: ‘I wonder why he's like that?'

EM: But you seem to see things quite calmly. I guess the question is: the noise of the world, the complicated, is all around us, and there's a lot of chat about all sorts of things. How do you keep the space to enable you to make good decisions?

EK: That's a really good question that I've never been asked before, and I don't really know the answer to. My natural approach to something is probably evidence-based, at least in a professional sense. You definitely want to know about the problem space, and you want to try and understand it, and it is the case that we all have biases, and my bias is towards that rationality.

Rationality has done pretty well for the human race over the past three and a half thousand years – it's worked out well, science has worked out well for us. So, I like to at least approach a problem initially that way. Obviously, I have my emotional biases too and sometimes those come into play and I do stupid things, everyone does. But I think at least, initially, it is good to think about a problem. Don't just go off half-cocked and fire around any old random stuff. Part of the reason we did the Trust was to stop me doing stupid things – that wasn't really a very clever way of approaching it because you waste a lot of money and you waste a lot of effort, which is the important thing. So, yes, I like rationality.