Dr Ewan Kirk — “We want charities to experiment, think up innovative ideas, then go and try them.”

This month, we conducted an interview with our co-founder, Dr Ewan Kirk, on the Turner Kirk Trust’s innovative approach to funding, grant-making, and philanthropy. The Turner Kirk Trust encourages charities, social enterprises, and other impactful organisations to engage in creative and smart risk-taking.

The Trust believes that supporters should give their charitable partners ‘permission to fail’, allowing them to experiment with innovative approaches, trial fresh ideas, and think for the long term.

What does it mean to give your charitable partners ‘permission to fail’?

Ewan Kirk (EK): We want our charitable partners to experiment, think up innovative ideas, and then go and try them. Rather than instantly solve enormous and longstanding problems, which can sometimes be overambitious, we want our partners to demonstrate the results of new approaches and experiments.

And, if you’re going to tell charities to experiment, you have to accept that some of the experiments won’t work. That’s where the phrase ‘permission to fail’ comes from. By letting charities trial new methods of working, they have an opportunity to discover something truly ground-breaking.

Equally, it might not work – but that’s alright too.

This approach comes from the scientific method. In any investigation, it’s very important to do experiments that succeed – but we often learn much more from experiments that fail. When something fails, we learn what doesn’t work, and then we can try something different. Ultimately, it gets us one step closer to finding a solution.

Do you think it’s difficult for charities to experiment?

EK: There is an incredible amount of pressure on charities to show what they do has some measurable “impact”, even if it isn’t optimal. That’s because many supporters are, understandably, very focussed on ensuring that as much of their money reaches the end cause as possible.

However, if charities are focussed solely on delivering impact in the short-term, it means that they don’t have the space, flexibility, or resources to experiment with approaching key problems in new, and possibly better, ways – nor the scope to experiment with new models for delivering their important work.

At the heart of some charitable funding, there is a perverse incentive. If every dollar goes to doing good, it is very difficult – if not impossible – to fail. Unless you explicitly state that failure is okay, charities are compelled to deliver what they promised. If they try something new and it doesn’t work, charities are understandably worried that they’ll lose their supporter.

Do you think it’s easier for businesses to embrace ‘permission to fail’?

EK: I’m not sure anybody is really comfortable with it. It’s very hard to say that it’s okay to try and not succeed, but the start-up world has been doing this for years. Venture Capital firms fund businesses on the understanding that they might fail. And in VC, if over half of your companies succeed, you’re a genius. They bet money on a ‘permission to fail’ basis, but even that’s quite unusual.

That said, I do think it’s uniquely difficult in the charitable sector. This stems from three things. Firstly, there is something emotional about giving money to a project and the positive outcomes of that project not being fully realised from the supporter’s perspective. This is difficult because they often care deeply about the cause.

Secondly, charities themselves are very passionate about their work, and rightfully so. It’s therefore hard for charities to feel as if they are ‘wasting’ money on trying new approaches. I am using ‘waste’ in the wrong sense here, but it is sometimes difficult for them to cut themselves some slack and try something different.

It's not about stopping their current work, but rather taking a portion of their income and experimenting with it, then maybe in the future they would be able to do what they do twice as well. Whatever the outcome may be, it’s that delayed gratification that makes people hesitant.

The third factor, and perhaps the most important, is the urgency of philanthropic goals. Many charities are solving problems where there is an urgent problem, so there is an immediate need to act. The future is therefore discounted massively. It’s very hard to look into the future and try something different because of the pressing needs of today.

Can you give an example from the Trust’s work that exemplifies permission to fail?

Our recent project with the University of Southampton is one example. We partnered with the engineering department to set up a new research programme aimed at developing new unmanned aerial vehicle (UAV) technology to help conservationists and environmental agencies to monitor remote locations.

While there’s a huge amount of promise in using UAV devices to monitor difficult-to-reach environments and clamp down on poaching, their use is currently restricted by battery life and efficiency. So, we worked with the university to provide grants to undergraduate students to develop their own left-field and creative ideas to solve these problems.

Of course, everyone is going into the project with the knowledge that the project will probably fail in the conventional sense. But, if it doesn’t fail, and someone designs a great fixed-wing drone, then it’s a game-changer for conservation.

I also think you get particularly interesting and refreshing ideas from undergraduates – because they are less worried about failing. Expectations are lower in some ways, so a 21-year-old student is more comfortable thinking outside the box. This is perfect for early-stage creativity. It’s this kind of approach that we want to foster in all the projects we support. 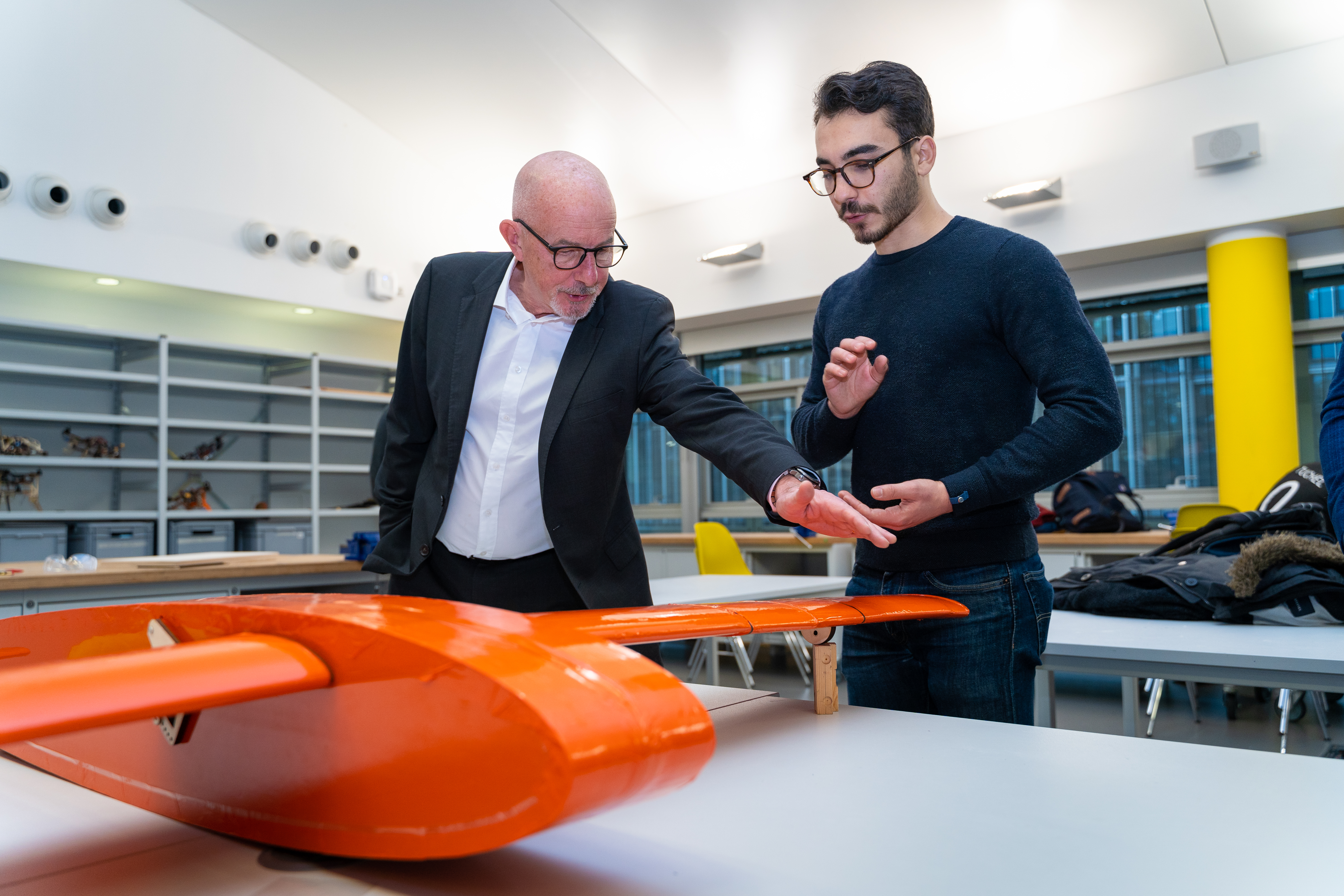 Are there any other examples that come to mind?

The Trust also recently supported SolarAid to launch a new pilot to roll out solar power across rural Malawi. The team at SolarAid approached us with an idea: they wanted to provide solar home systems to every household in a single village. These Pay-As-You-Go (PAYG) systems can also be used to power lights, other devices, and charge phones with clean energy, so they’re a smart way to electrify rural locations that are off the grid.

The team at SolarAid were experimenting with this idea because although solar systems have been around for a while, their adoption has been held back by the lack of a sustainable business model for roll-out. The team at SolarAid thought that getting a single village to 100 percent penetration might be the key to finding a sustainable model. So, in September this year, funded by a gift from the Trust, they started installing the solar systems in 500 households in a single village, Ntchisi, in Central Malawi, as part of their Light A Village project.

The early results look positive, and we’re already having discussions about increasing the size of the pilot to a town with 5,000 households. This is a great example of how experiments on a smaller level can be scaled up, again taking a lead from the scientific method. If something works at a small level, then let’s try it on a bigger level, and a bigger one, and an even bigger one again. In the case of SolarAid, our hope is that it will go from 500 homes, to 5,000 homes, to 50,000 homes, to the whole of rural Malawi – and, perhaps, even beyond that.

Again, this might not work. But, if we are going to solve difficult global problems like energy poverty, it is essential that organisations like SolarAid are given the resources they need to experiment and the permission to fail. And the potential impact is huge: providing people with clean, safe energy, so that they can work, study, cook, and socialise after the sun sets. This is what it is all about: experimenting in an entrepreneurial way to find a method of working that can ultimately reach more people. 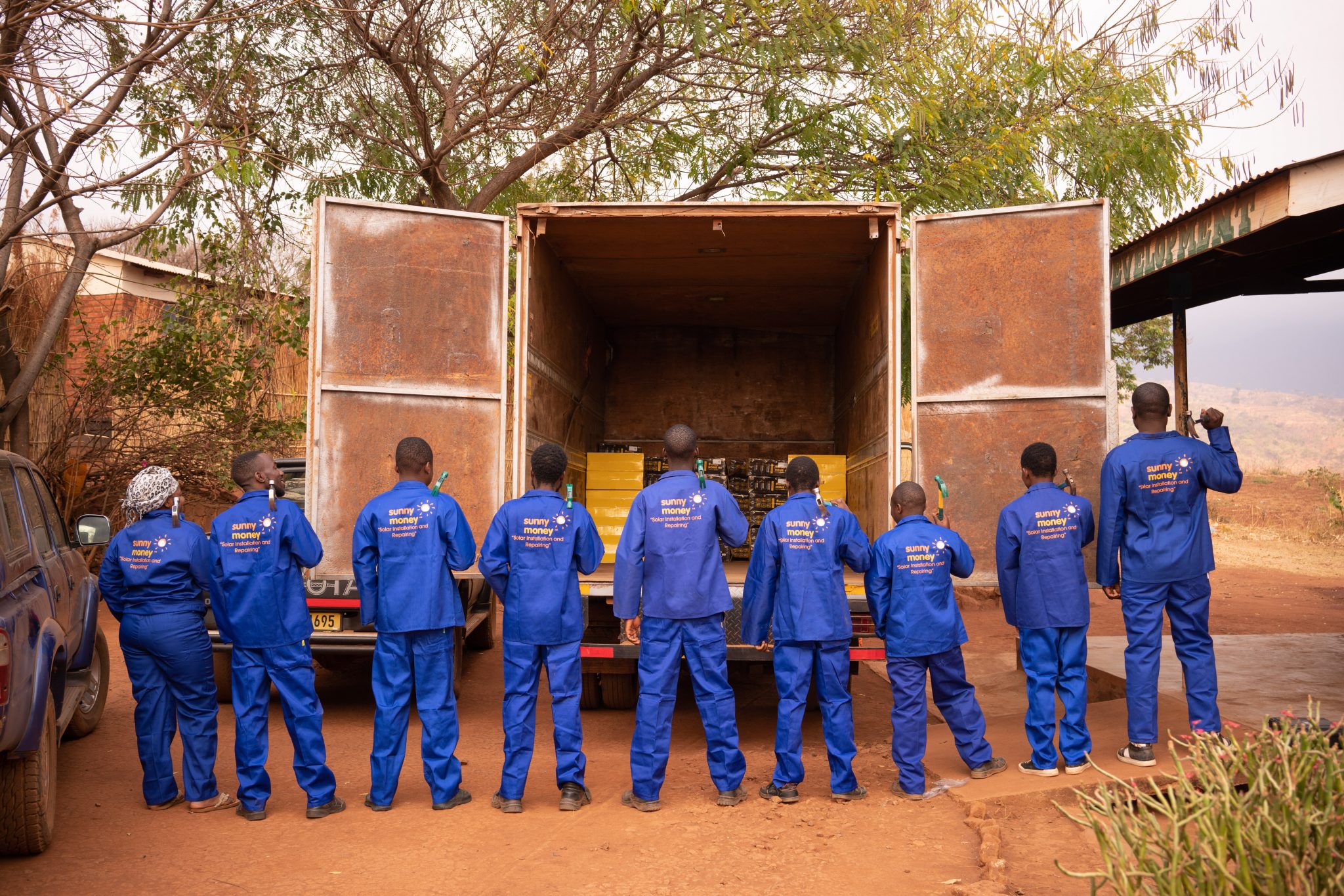 How can funders give charities permission to fail more effectively?

In my experience, as a supporter, the first thing you should say to your charitable partners is: “I don’t know any more than you do.” You have to know enough about the problem that you’re trying to solve together, but once you do, you need to realise that you’re never going to be the biggest expert.

Instead, defer to the people running the charity, find out what they’re unsure about, and push that door open. Look for that bit of uncertainty, where the organisation you support says: “Well, we’re really not quite sure, so we’ve decided to do this.” And that’s the moment when you can say: “Why don’t you try something else? Why don’t you try three or four different ways of doing it.”

What makes ‘permission to fail’ giving hard is that it is less ‘fire and forget’. You need to be involved in the process, particularly at the end. You need to help your charitable partners evaluate the outcome of their experiments, and ultimately to discover what works, what doesn’t, and why.

What made you realise permission to fail was important?

I’ve always been a programmer at heart, and one of the maxims of software development is that you should fail early. If your approach isn’t going to work, then fail early, get out, and do it differently.

In programming, it’s easy to think you know exactly what you need to do. But, then you get invested in that idea, and three weeks later you have a horrible pile of unusable code that’s impossible to maintain. However, if you try something out for a few days and it fails, you can quickly move on to something else with fewer resources wasted, and that’s our approach to philanthropy.

What was always important to me was that ability to experiment and explore. You have to be careful about pushing people into always being driven by results because it’s very hard for them to admit that what they’ve been working on for six months isn’t going to work.

Do you think there’s a feeling of change in the philanthropic sector?

I think supporters are becoming more aware of long-term giving strategies. On one hand, evidence-based philanthropy has become a big trend. It’s good to see more supporters looking clearly at the data, and seeing where they can genuinely add the most impact, including where there are critical gaps in funding.

I also think more supporters are starting to see the organisations they back as partners, who they are working with to try to find new solutions to difficult problems. There has sometimes been a problem with supporters approaching charities with their own preconceived ideas on how to solve a problem – rather than trusting the charities themselves to find new ways to solve it.

But, I do think we need to go further: evidence-based philanthropy is great, but it’s only as good as the evidence that it’s based on. And if charities are not experimenting and trialling new approaches, then inevitably evidence will be a bit thin on the ground. Supporters need to go out of their way to give more organisations explicit permission to fail.

SolarAid is launching lighting systems in 500 homes in Kasakula, Malawi this month as part of its ‘Light a Village’ pilot, in an attempt to find a method to end energy poverty in all of super-rural Africa.

SolarAid is launching ‘Light a Village’ – a new game-changing initiative to implement a new commercial model that aims to reach 100% penetration of solar energy in a single, rural off-grid community in Malawi.